skip to main | skip to sidebar

For the first time in my life I recently went to Bristol, the biggest city in south western England. I visited Bristol - and surroundings – mainly out of a sort of curiosity. Of England I mainly visited London (a few times) and parts of Kent, and I wanted to see also other cities and parts. Plus, near to Bristol was Bath where Haile Selassie I lived when forced in exile after Mussolini’s invasion of Ethiopia.
I combined this trip further with a trip to Cardiff, neither too far from Bristol. Again out of curiosity.
Combined with a somewhat vague curiosity for an English harbour city there was the music scene that I heard of, including not always uninteresting (I know, a moderate complement) acts like Massive Attack and Tricky.

A variety of reasons, you might say. Regarding my favorite musical genre, reggae, - readers of this blog may have noticed this - I knew of the good song Juvenile Delinquent by Bristol-based roots reggae band Black Roots. Worth checking out! Like other British cities, Bristol has a Caribbean (mainly Jamaican) migrant population, I also knew.

As a quite typical port town Bristol of course had a lot of water, canals, bridges, and boats, set in a general North-Western European cultural context and atmosphere. This atmosphere is present in the weather, but also in the architecture and darker colours grey or brown for buildings and streets (or sometimes even interiors). The cultural context is present in its Protestant history, (historically tainted) Germanic/Teutonic traits (in England called Anglo-Saxon or Saxon), and in, for instance, the importance of beer. It is on the other hand also internationally influenced, partly because it is a port. 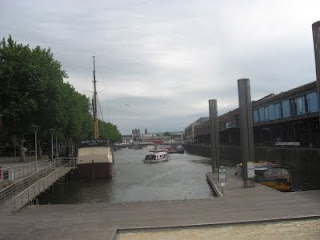 Some vague similarities were therefore certainly there with similar historical port cities in the Netherlands (where I live), such as Amsterdam or Rotterdam. There were also differences. In architecture, more accidented streets, and socioculturally. I went as said with a general curiosity: it was not - not specifically at least - a “reggae trip” or something like that. Yet still I naturally paid attention to reggae: in clubs, stores, people etcetera, as I went along.

Like other places in former colonizing countries, Bristol’s history is tainted. There is a burden of shame, as since the late 17th c. and especially in the 18th c. the Bristol port was strongly involved in the slave trade. Ships sailed from Bristol to Africa to “load up” Africans as slaves, and carry them to British colonies in the Caribbean. This was part of the so-called triangular trade. For a period Bristol was the main port of England in this slave trade, along with London. Later this role was taken over by Liverpool. African human-beings were treated largely as chattel. Before this whites, especially undesirable ones, were also shipped as servants from Bristol to British colonies in not too good conditions, as Eric Williams describes chronologically in his seminal work ‘Capitalism and Slavery’.

With this past in mind I, while striving for my own mental health to rationality, felt there were bad, demonic spirits hanging over tainted Bristol somehow. Ultimately this could depress me. This feeling did not become too dominant though. Mainly because Bristol is a modern, international, and multicultural city characterized by variety in several ways. It seems even to a degree a hospitable place, open to visitors. It is less touristic – in numbers – than my hometown Amsterdam, yet seemed to accomodate some tourism, or maybe it seemed so because it had a cosmopolitan air. 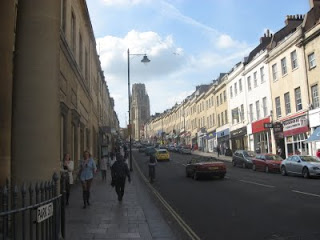 Bristol is multicultural, including an Indian and Pakistani population, relatively many Somali immigrants, West Africans, relatively many from the Yoruba parts of Nigeria, as well as a historically somewhat older West Indian/Afro-Caribbean population. Jamaican and other Caribbean migrants especially came to Britain already since the 1950s.

I found out, e.g. by reading in the Bristol central library, that the West Indian/Caribbean population of Bristol is substantial (slightly above the British national average), though small compared with other British cities. The total of Bristolians called black or black British (including later African migrants, I suppose) is 2,9 % of its (the city) around 433.000 inhabitants. The black population was relatively concentrated in the city’s central St Paul area.
By comparison, Birmingam has a population of 6,7 % black or black British inhabitants. More than double. Manchester about 5,2%. Also the Dutch capital Amsterdam has a relatively high proportion of black (defined as of sub-Saharan origin) inhabitants – including Creole Surinamese, West African immigrants and others - even surpassing proportionally London or Paris.

Despite these figures, Bristol has a relatively important place in black British history. Not only due to the slave trade history, but also in relation to more recent racial tensions and struggles. One of the earliest riots in Britain in the 1980s against racial discrimination by blacks was in Bristol, as well as other protests and appeals against racial discrimination that was quite present in Bristol, such as in housing and job-hiring practices.

On a side note, also the Welsh capital Cardiff, which I also visited one day, has a quite substantial black population. It has even one of the oldest black communities of Britain, also – as in English cities - with historical discrimination and segregation problems.
This background seemed relevant to me as I focussed also on the reggae scene. Reggae “gone international” and to a degree multiracial and multiracial – of course – but is still relatively more popular among blacks in general and maybe more so among people of Jamaican and Caribbean descent. For obvious reasons, you may say. It is and remains Afro-Caribbean music.

The focus was further stimulated by a music album I came across and purchased in Bristol, based on the Bristol roots reggae scene: ‘The Bristol reggae explosion : 1978-1983’, a compilation released in 2011. Apparently there had been such an “explosion”, with several recording and performing musical groups of black Bristolians – or racially mixed groups - and an active reggae scene in Bristol itself. According to the sleeve notes that scene diminished after the covered 1978-1983 period. Of the 3 “reggae-minded” clubs in Bristol in that period, for instance, only one presently remains. The period of the album’s songs was by the way one with racial tensions, giving it a social dimension.

I already mentioned the group Black Roots: it is justly included in this compilation, including the song Juvenile Delinquent. This great song seems to me an adequate “calling card” for Bristol-based roots reggae. Other artists and bands include Talisman – quite well-known (also by me) -, Joshua Moses, Restriction and others.

Reggae outside Jamaica, or specifically in Britain, is in my opinion a hit-or-miss affair. My favourite British-based reggae band has always been the roots band Misty In Roots, as I like most of their work, whereas of Aswad and Steel Pulse I only like some of their work. Linton Kwesi Johnson and Mad Professor are further both interesting in their own way. Other British reggae, however, I often find too cross-over or inauthentic to my taste, though not always.

In this light, how do I review this Bristol (roots) reggae compilation? It has a distinctive sound that seems to tipify British reggae (as opposed to Jamaican reggae), but if the songs are good that shouldn’t determine all. The opener Bristol Rock by Black Roots has that sound and a seeming similarity to the “brethren” Steel Pulse from Birmingham. At the same time it does sound to a degree authentically “rootsy” as far as reggae is concerned, and not too bland. The same can be said of the other Black Roots songs on this compilation, which are also catchy and “kept real”.
Joshua Moses sounds quite rootsy as well, ressembling Jamaican roots songs, and having catchy songs. I don’t know if Joshua Moses is still musically active (or alive) after all these years, but he shows talent in his catchy songs on this compilation.

Talisman sounds somewhat more “British”, especially in instrumentation, with songs that seem less catchy and chaotic. It is more difficult to judge as most their included songs are live versions.
Restriction has a British-Jamaican style of toasting vocals that is a matter of taste. It is not too bad, but neither seems too impressive or original (now?).

More “mellow” (lovers rock-ish) songs by the female singer Sharon Bengamin and by Buggs Durrant are not bad and quite catchy.
In fact, almost all songs on this compilation are at least okay, making it not a bad album. Some songs stand out, some I find nice, or just okay, not inaudible, but neither always very spectacular or impressive.

On a side note, I would consider a similar compilation on the Amsterdam reggae scene (also already longer active), historical or present, also very interesting to hear. I know of several Amsterdam-based (roots) reggae artists and bands that are/were active. You never know, maybe it will appear some day... 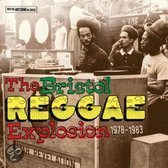 Michel Conci
I aim to comment on and discuss several topics and phenomena I'm interested or specialized in (see underneath for more information). Languages I use will probably be variably English and Dutch.